The last six weeks have been intense and tragic. As we continue to reflect on the need for a change we realize we need to be part of the solutions.

Klace & Company Real Estate values equality, inclusion and acceptance and we will do whatever we can to foster and grow that in our homes and community.

As Realtors, we believe neighbors should feel safe and free from discrimination and we support policies that build supportive and inclusive communities. We will continue working to protect housing rights in America by providing fair housing for all.  In addition to having conversations and partnering with professionals that share this focus we will do the following:

As many of you may know Kristina and I have been advocating for public education over the last 4 years. We believe education is a great equalizer and it is our desire to be part of lifting up our community in meaningful ways.  Because of this we have recommitted to intensify our advocacy efforts for equitable education for all of our children.

Here are some of the ways we support this:

We will continue to look for opportunities to serve our community with the principles of equality, inclusion and acceptance. We welcome you to join us.

The invasion is just days away. If you have spent any time in Tampa you know that these words start a whirlwind of decorating and acquiring pirate booty along with plenty of refreshments for the celebration rather than any sort of real fear.

Gasparilla is a tradition with something for everyone from parades, to a marathon, art festival and more. We thought it would be fun to share some of our favorites for embracing the season after the Season!

First, home décor can be lot’s of fun. A Gasparilla wreath or door décor is a must. Here are a few from simple to elaborate:

We are also big fans of flags whether you hang them from a flagpole, door or tree.

We even decorate inside. Here is a great Pirate ship beverage container, a fun pillow or mantel decor:

Other musts include kids gear found locally or at some national retailers on sale right after Halloween. And don’t forget a little something for yourself!

Hope everyone enjoys this Gasparilla Season! Be safe and have fun! ARRGGH

Check out this link to get more information on all the festivities:

For our history fans check out what Wikipedia has to say about our Gasparilla Pirate Festival’s history:

“The Gasparilla Pirate Festival is a large parade and a host of related community events held almost every year since 1904 in Tampa, Florida celebrating the apocryphal legend of José Gaspar (also known as Gasparilla), a mythical Spanish pirate who supposedly operated in Southwest Florida in the early 1800s.

Tampa’s Gasparilla season runs from mid-January to early March and features three large parades. The focal point of Gasparilla is the Parade of Pirates, which features a friendly invasion by Ye Mystic Krewe of Gasparilla and a large parade along Bayshore Boulevardinto downtown. The Parade of Pirates (which is often referred to as the Gasparilla Parade by locals) is held on the last Saturday in January. It is the third largest parade in the United States with an economic impact of over $20 million and an average attendance of about 300,000.[1] Other major parades during the season are the Gasparilla Children’s Parade, which is held on Bayshore Boulevard one week before the main parade, and the Sant’Yago Illuminated Knight Parade, which is organized by the Krewe of the Knights of Sant’Yago in the historic neighborhood of Ybor City two weeks after the main parade.

Tampa hosts many other Gasparilla-related or monikered events during its Gasparilla season, including the Gasparilla Film Festival, the Gasparilla Festival of the Arts, the Gasparilla Distance Classic, and the Gasparilla Music Festival, with a changing lineup of smaller events held year to year. The Gasparilla Parade of Pirates once coincided with the Florida State Fair, which was held at Plant Field at the end of the traditional parade route in downtown Tampa. The close connection between the fair and Gasparilla ended in the mid-1970s, when the fair moved to a much larger location east of Tampa.”

I have always been a fan of India Hicks and love her design style. If you have not had a chance to check out Oxford Exchange’s OE Spotlight you should. It is a fun event that features interesting people doing interesting things. You can subscribe to their calendar and many events are free. I signed up, grabbed a good friend and we headed out for what turned out to be an entertaining talk. I expected that it would focus on her design book that they were selling and she was personally autographing but it ended up being focused more on her life and new business selling accessories in a home party with “ambassadors” helping you select accessories from the growing brand.

Having attended a party of a friend who is a new ambassador I already knew that I liked their selection of quality, classic accessories and always enjoy hearing what brought people to where they are in life. I thought I’d share a few of the highlights with you. India Hicks has 5 children and has lived primarily in the Bahamas for the last twenty plus years. She and her husband have designed their homes, hotels and other projects. They are expected to be sharing a new home in England they have designed in Architectural Digest in the near future. 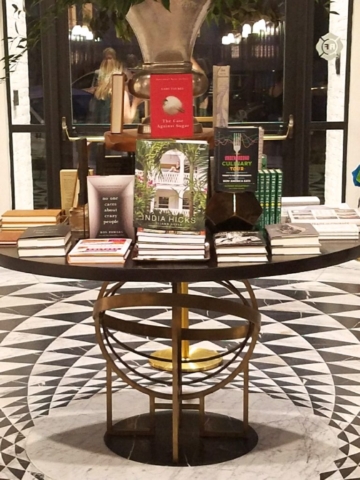 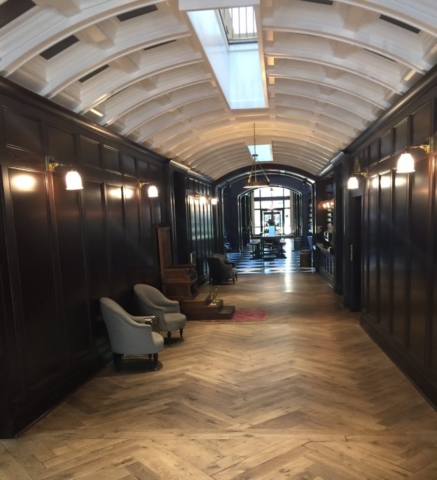 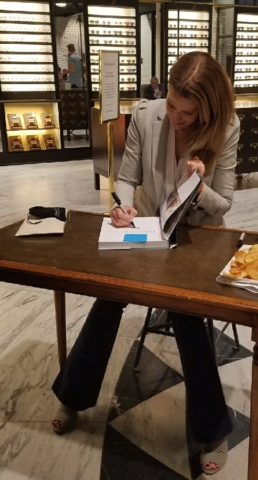 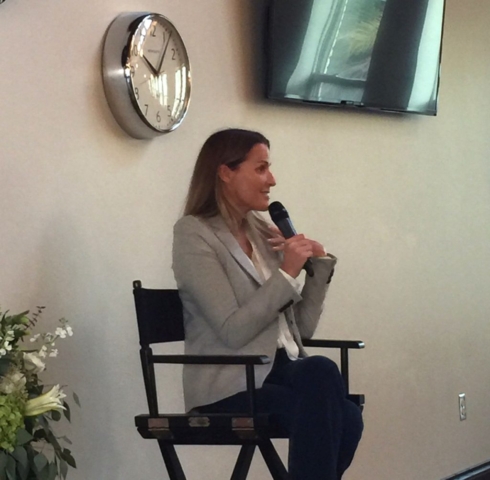 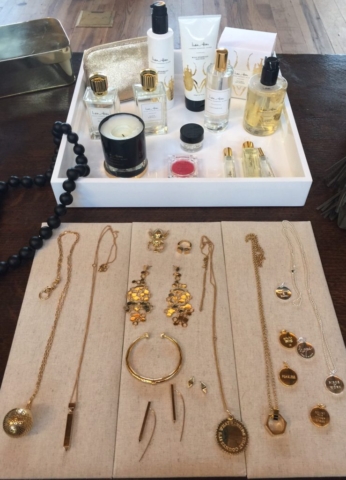 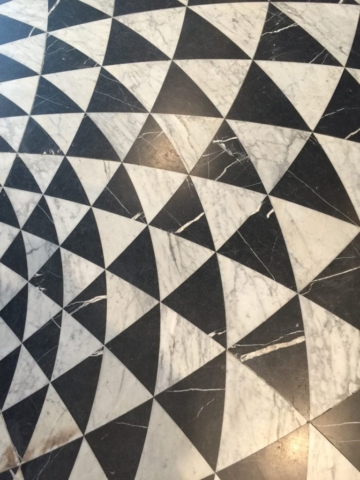 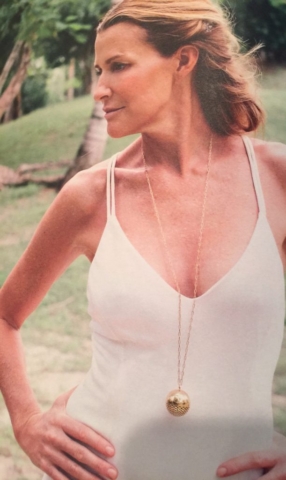 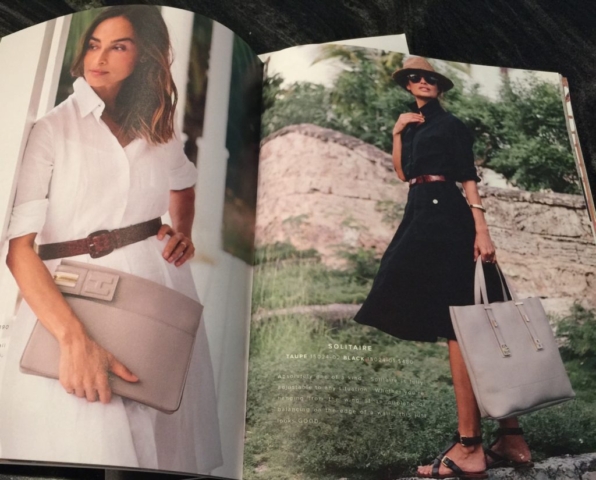 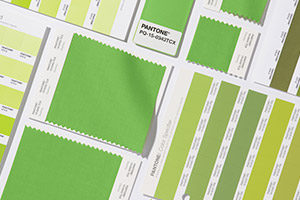 Pantone chose Greenery as the 2017 Color of the Year. Being touted as a “trans-seasonal” color that can be paired with a variety of other colors to create on-trend interior spaces. Greenery can be interpreted subtly or paired with over-the-top pops of color. This yellow-green neutral can also be used on exteriors for a punch of color. It’s also possible to use greenery as nature intended it. Obviously, it’s easy to pull it into your landscaping, houseplants and arrangements.

How do you plan to incorporate Greenery into your home? 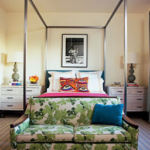 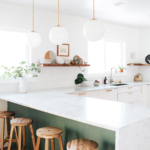 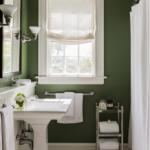 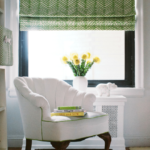 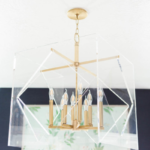 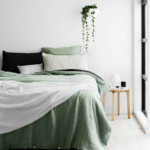 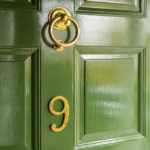 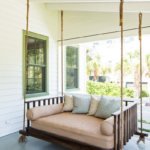 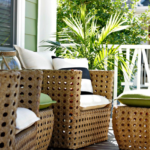 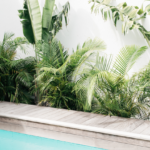 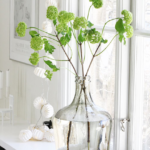 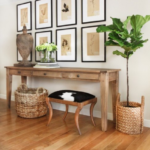